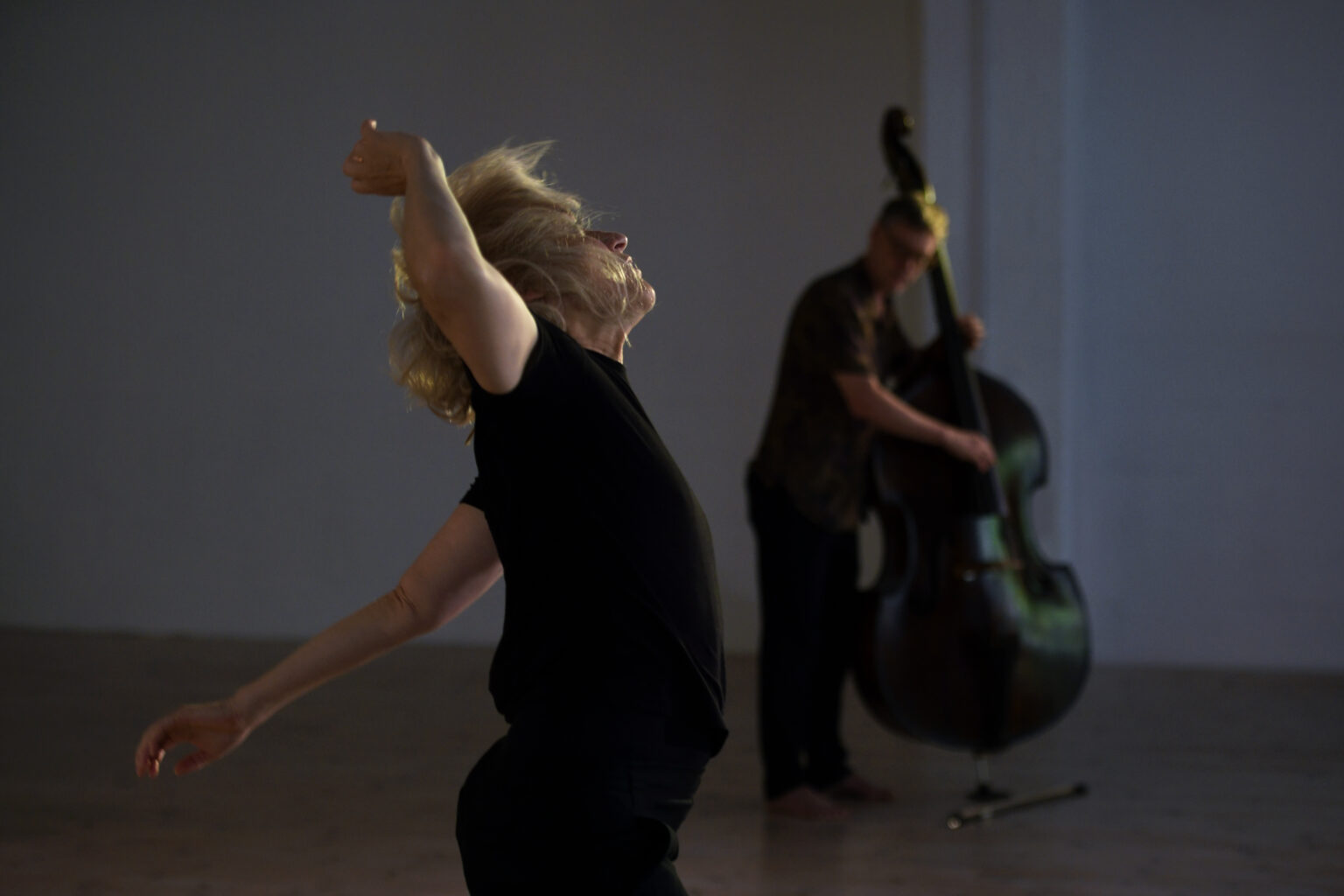 In an intimate concert setting, choreographer and dancer Meg Stuart meets jazz musician Doug Weiss. Together, they go on an uncharted journey into movement and sound. All the Way Around takes the ballad, a song of longing and defiance, and breaks it down into small but meaningful gestures. Tracing and unfurling spirals of memory, All the way around opens a door to return our collective experience to the level of the personal. Taking a deep dive into what was, riding the waves between the almost remembered and the unknown.

All the Way Around is a concept by Meg Stuart and Doug Weiss, performed in different contexts and settings all over the world, together with guest performers or as a candid duet.

Meg Stuart was born in New Orleans, USA. She studied dance at New York University and continued her studies at the Movement Research laboratory, where she explored release techniques and contact improvisation and was actively involved in the downtown New York dance scene. Stuart’s work moves freely between the genres of dance, theater, and visual arts, driven by an ongoing dialogue with artists from different disciplines. Through fiction and shifting narrative layers, she explores dance as a source of healing and a way to transform the social fabric. Improvisation is an important part of her creative and teaching practice. The work of Meg Stuart and Damaged Goods has traveled the international dance and theatre circuit and has been presented at Documenta X in Kassel (1997), at Manifesta7 in Bolzano (2008), and at PERFORMA09 in New York. She has received various awards for her oeuvre and practice, among which the Golden Lion for Lifetime Achievement in the category of dance at the Biennale de Venezia 2018. She currently lives and works in Brussels, Belgium, and Berlin, Germany. Meg Stuart’s VIOLET was presented in Moving in November 2013 edition.

Based in Berlin and New York, acoustic bassist Doug Weiss has held it down and helped it swing for 30 years. Since 1996 he has been bassist and musical director of The Al Foster quartet. He is a member of Brian Blade’s “Lifecycles” and “Fellowship” bands, the Peter Bernstein Quartet, and the Seamus Blake group. His band “The Berlin Quartet” features Weiss as a composer, arranger, and bandleader.  Weiss is currently on Faculty of the New School University and SUNY Purchase College.

Single tickets include entrance to the exhibition in Kiasma.