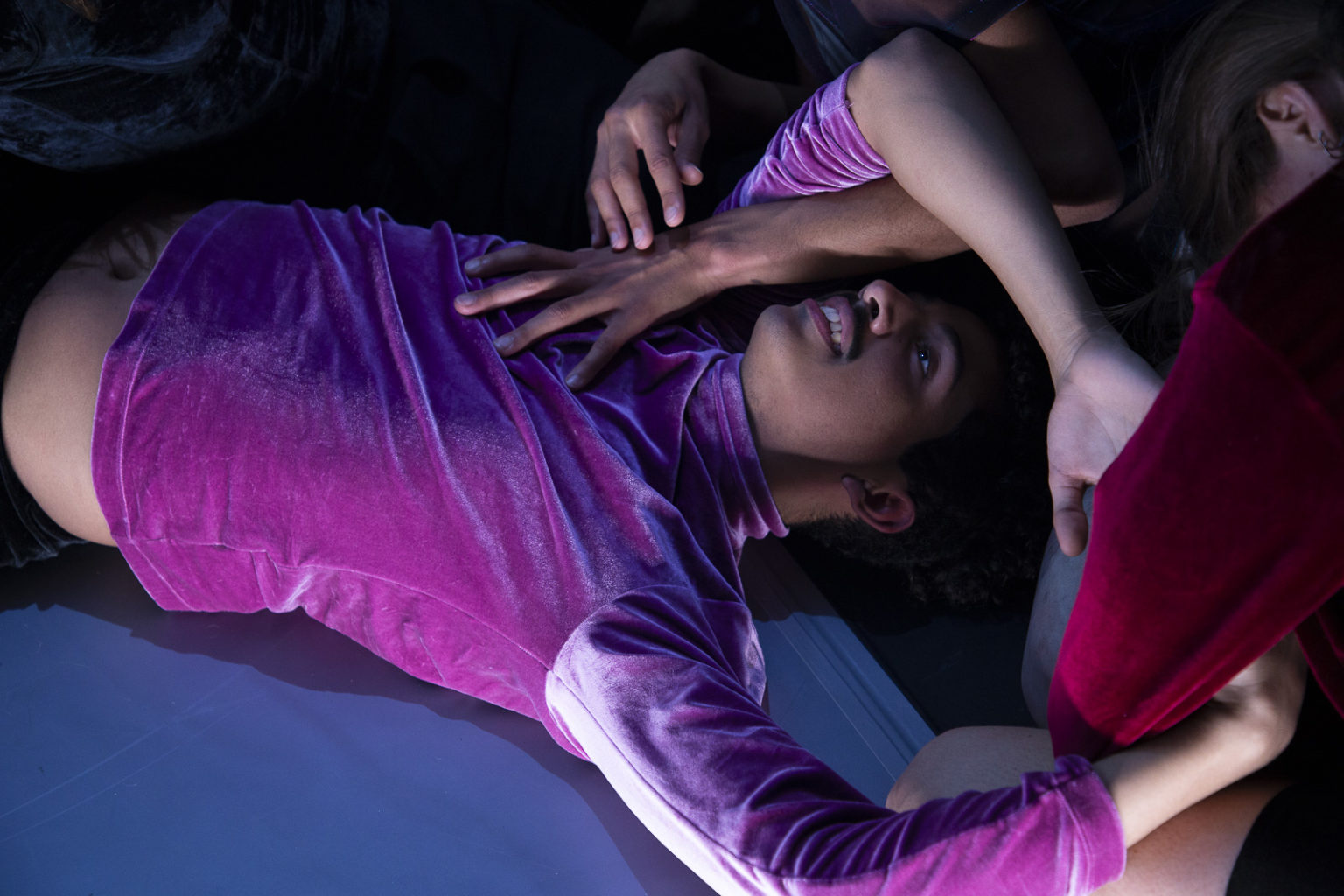 In A lot of moving parts, choreographer Eleanor Bauer prods at the Greek etymology of her own discipline: khoreía “dancing together” and graphia “writing” to understand the place of writing in the embodied, social, and oral practices and traditions of dance-making. Working with the frictions, collisions, translations, love affairs and gaps between dancing and writing in a choreographic search for “the simplest containers in which the complexity of dance can thrive,” Bauer and her collaborators toggle dancing practices and writing practices in search for ways that the two media of thought may best serve each other.

As a malleable framework for Bauer’s artistic research practice concerning the relationship between writing and dancing, A lot of moving parts is a flexible container for her ongoing inquiry, evolving over time, and uniquely assembled for each performance. For Moving in November festival, this ongoing project will for the first time be performed as a group piece.

Eleanor Bauer is a performer and choreographer working at the intersections of dance, writing, and music. Her work is a profound synthesis of intelligences. Physical, conceptual, sensual, intellectual, social, formal, and emotional understandings are bound in her embodied practice of making performances. From solos to talk shows to large ensemble pieces, her versatile works range in scale, media, and genre traversing categories of performance with wit, humor, and aplomb.

Originally from Santa Fe, New Mexico, Bauer is currently based in Stockholm where she is a PhD candidate in Choreography at Stockholm University of the Arts. She has been creating performances via GoodMove vzw in Brussels since 2007 and was artist in residence at Kaaitheater in Brussels from 2013-2016. Bauer continues to teach, write, lecture, and create contexts for exchange of knowledge in the arts, including PROTO TALKS.

Bauer has collaborated with musician and composer Chris Peck since 2003, creating several works together over the years. Bauer has worked as a performer with, among others, choreographers Xavier Le Roy, Boris Charmatz, Anne Teresa De Keersmaeker/Rosas, Trisha Brown, David Zambrano, Mette Ingvartsen, and Veli Lehtovaara. She has collaborated as a choreographer and performer with visual artists Matthew Barney, and Every Ocean Hughes/Emily Roysdon. She has also performed or collaborated with music groups such as Ictus ensemble, The Knife, and Yung Lean.

Created with (but not performing in Helsinki):
Halla Ólafsdóttir, Tilman O’Donnell, Zoë Poluch

Created with (but not performing in Helsinki):
Halla Ólafsdóttir, Tilman O’Donnell, Zoë Poluch