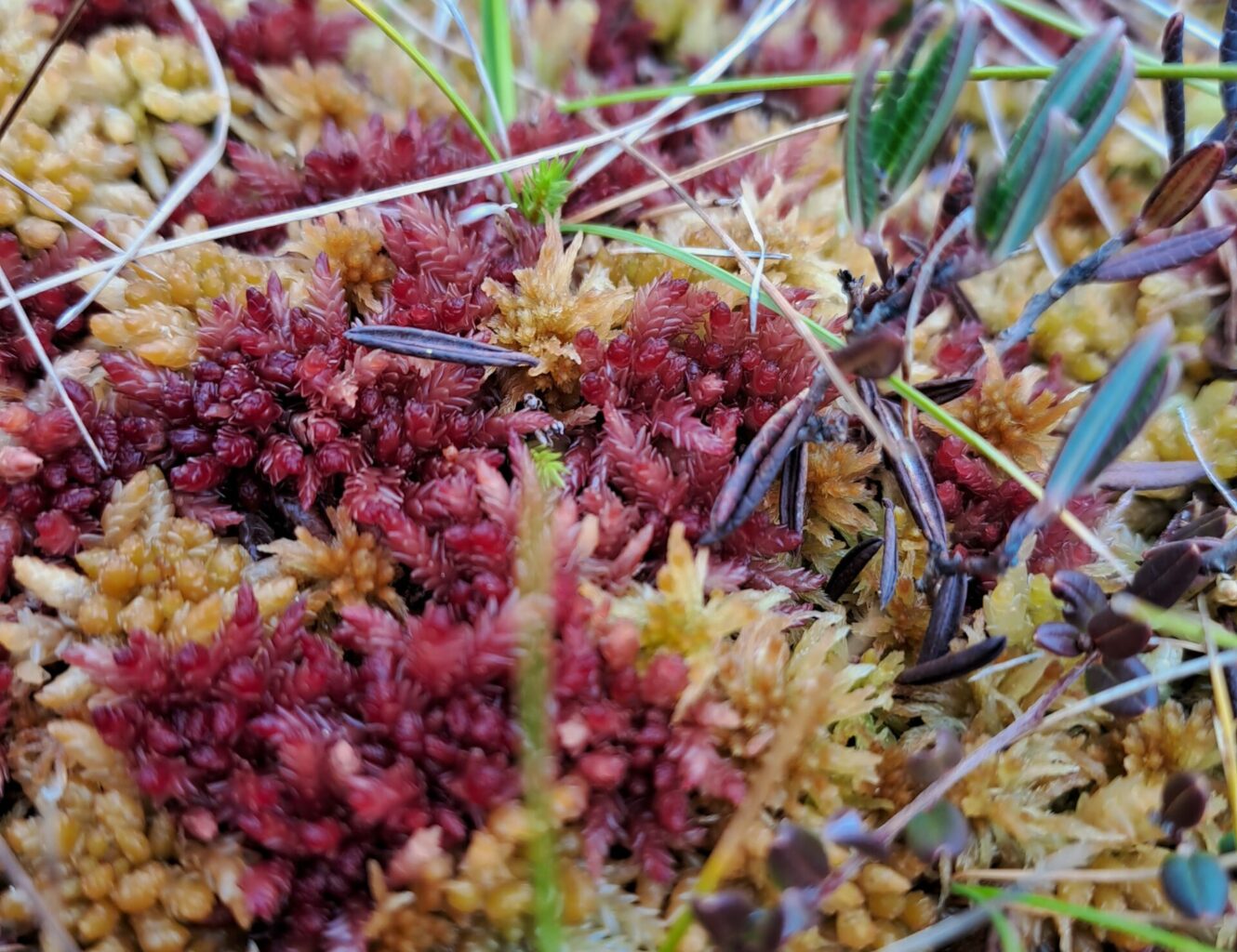 SAMMAL/MOSS is a solo dance piece by Angela Schubot and Suvi Kemppainen, premiered at Moving in November. It is a part of a larger Herbarium project, opening new perspectives on plant consciousness and human-vegetal encounters. How can dance bring us to the more-than-human sentient zones, to symbiotic realms of entangled, enmeshed forms of being? What happens in intuitive and porous conversational spaces unfolding along the contact zones of different lifeworlds? How can a human body and human-made infrastructure accommodate moss-ness? How can one bear witness to their radical exposure, sensitivity and openness to the world?

In SAMMAL/MOSS, the artistic duo works with minimal, necessary conditions for the experiential shift to take place, to invite underestimated intelligence and neglected models of resilience. Bodies spread in space, some light and water. Repetitive dubbing sound. Sticking together, sinking in reservoirs of life and the passage of time. Healing, regenerating and replenishing relationships with self and others. SAMMAL/MOSS is a process of negotiation of knowledge, curiosity to what we yet don’t know, (un)knowing through the body and bodies connected by effect, touch and liquid. Scratching underneath mushy surfaces to unveil traces of moss in human and human in moss, accumulated in a long cultural history of an interspecies encounters.  Where does the human begin and the nonhuman end, and vice versa?

I’ve read that some sorts of moss can absorb water amounting to 20-30 times of their weight. It is also known that the human body is made of almost 60% water. It might be this watery quality of being that activates a process of metamorphosis happening inside, outside, across and in between bodies. Water carries a particular way of knowing, one that flows, leaks, and can never be fully contained.  During the performance, I thought of the book “Gathering Moss” by Robin Wall Kimmerer. She writes about the power of paying attention and a special kind of connection that arises from a long time spent looking and listening. This sense of sensuous interconnectedness makes it possible for new, alternative knowledge and stories to be shared.  SAMMAL/MOSS is a sympoesis, telling stories of others, storytelling with no roots nor skins, only radical softness and an extraordinary capacity to take in and release.

Next to this piece, Herbarium project also encompasses The Hut and Memory Garden. It is a collection of the experiential; a volume of sensuous exchange and reciprocity. Specimens in this work are living, sentient and conscious more-than-human thinking and making assemblages. Ever transforming, shifting shapes, expanding.  Collaborative, collective entities made of layers of (in)visible, (un)imaginable, (im)possible. Inoculating, cross-pollinating, seeding and preserving. Composing and decomposing beyond single authorship and final piece. A familiar sound of unfamiliar origin. Fungi, moss, herbs, trees, soil, maggots, and their collaborating humans, open doors to frequencies of life inaccessible and unaffordable to human senses alone.

In conversations, I had during the festival it often appeared that one can hardly say what it is that makes Herbarium experience so distinctive, almost mesmerizing. There is something in the comfort of this gentle being, generous space-making and curious acceptance. It is a joy of sense-making beyond human-made classifications and systems of organizing life; against reductionist and static knowledge, without ownership or control. It is a vibrant knowing of the world by staying with and spending time together.