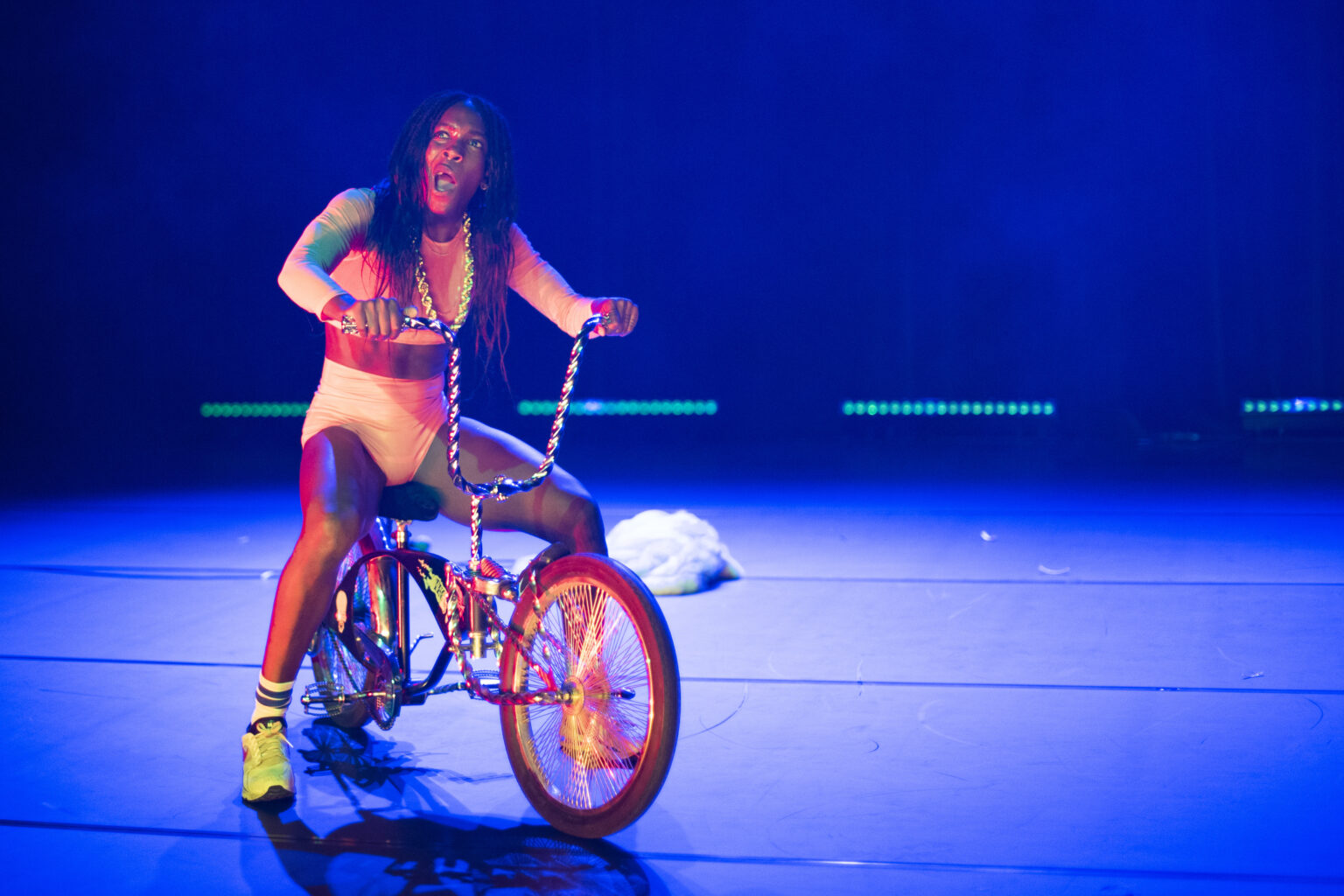 Video Vixens, female models who appeared in hip hop videos in the late 1990s and early 2000s, inspired Cherish Menzo to create the performance JEZEBEL. Also referred to as ’hip hop honeys’ or ’video girls’, these seductive and hypersexualized vixens had a great influence on the aesthetics of hip hop. The repetitive images reinforced negative stereotypes associated in particular with black women. Although Video Vixens were considered strong and empowered by their sexuality, they were also the subject of severe criticism and often typified as ‘Jezebels’, in reference to the biblical temptress and the archetype of the black woman.

In the pre-YouTube era – when MTV still meant Music Television – the Video Vixen model played a central role in the popularity of male artists. Today, she stands for much more than the objectified “ride or die” model in a male-dominated culture.

Jezebel refuses to be defined by others. She navigates the landscape of hip hop culture, looking for ways to reclaim her own image. Can Jezebel deconstruct the controversial stereotype associated with the black hip hop honey? At the intersection of threat and seduction, Menzo’s JEZEBEL forces us to think about how we think in stereotypes. With explosive power, this captivating solo reflects on the way the society stigmatizes, fetishizes and renders invisible certain bodies.

Dancer and choreographer Cherish Menzo is striking for her powerful, controlled, inescapable physical presence. She graduated in 2013 from Amsterdam University of the Arts (Urban Contemporary Dance) and has since appeared in work by Eszter Salamon, Akram Khan, Leo Lerus, Hanzel Nezza, Olivier Dubois, Benjamin Kahn, Lisbeth Gruwez, Jan Martens, and Nicole Beutler. Next to her work as a dancer and. performer, she has been creating her own work since 2016. Menzo questions the apparent norms and creates universes in which the black body stands central. JEZEBEL is her first solo work, created in 2019. It has received an Amsterdam Fringe Award and an International Bursary Award.

Thanks to: Benjamin Kahn and Centre Chorégraphique Le Château

Visit supported by: The Finnish Cultural Institute for the Benelux & Flanders – Embassy of Belgium

Thanks to: Benjamin Kahn and Centre Chorégraphique Le Château

Visit supported by: The Finnish Cultural Institute for the Benelux & Flanders – Embassy of Belgium